Welcome to part 2 of the freedom series. I mentioned in the previous article that we would discuss the types of freedom. Myles Munroe said: ‘it is easier to exist in slavery than to live in freedom’. I submit to you that it is possible to be free but to still be a slave. Let us delve into what this means by looking at the types of freedom. 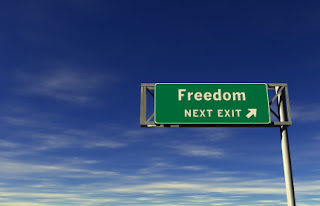 We can all relate to this type of freedom, it is the most straightforward. When you are free physically, it means you are free to move wherever you want and to do what you want. Freedom of speech is one such example. Freedom to practice religion is another. Right to gather (meaning right to form social groups etc.) is another. The moment anyone wants to deny us this freedom, we instantly want to defend ourselves against such people.
One of the earliest accounts of a nation seeking physical freedom was that of the children of Israel who were held in bondage in Egypt. They went in as free men but ended up as slaves. The book of Exodus in the Bible details the story of the children of Israel and their desire to be free from the oppression of Pharaoh. Exodus 1 talks of their oppression because of the rise of a new Pharaoh that did not know Joseph.
To be honest I find it strange that after all the great works performed by Joseph and the Egyptian practice of recording history there would be a Pharaoh that would not know him. But when you read the NIV version of Ex. 1:8, it tells us that there was a new King to whom Joseph meant nothing. What this tells us is that there is no place like home and even when you achieve great things in a foreign land you are still a foreigner. So of course a point came when the Israelites were put into bondage and became the slaves of the Egyptians. Not only were they made slaves, instructions were also given to kill every newborn boy. 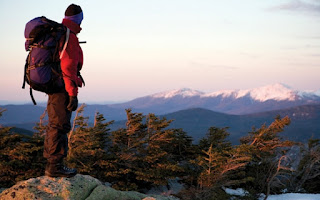 As a slave you no longer own yourself, you are now a property of the slave master to do as he deems fit. In modern times, we have watched movies that tell us about the origins of slave trade and how the West enslaved people from Africa and other parts of the world. When you are in physical bondage, you no longer have control of your destiny. Whatever dreams or hopes you have are killed with no hope of ever fulfilling your dreams. A good example is Django (the D is silent) who was also a slave but his desire to be free led him to been sold off like a piece of cloth in a slave market. There are great movies that tell us tales of slavery, some do their best to portray a dark period of human history in a light-hearted manner.
Just like Neo in the matrix, his desire to be physically free led him to taking the red pill in order to get out of the matrix. So, of course the Israelites desired to be free and in came Moses. God sent Moses to deliver his children from physical oppression. The fight for physical freedom has never been easy and history tells us the cost of the fight for freedom. It took the Egyptians losing their first-born to allow the Israelites go free.

The American civil war was a fight between states who viewed it as their constitutional right to own slaves vs. states who supported the abolishment of slavery proposed by Abraham Lincoln back in the late 1800s. Imagine that! A civil war was fought for freedom’s sake and it cost over 700,000 people their lives. For freedom’s sake, Gandhi walked 400km and fasted severally. Mandela for the sake of freedom spent 27 years in prison. This shows that as human beings we have an innate desire to be free. Free to move where we want, eat what we want, associate with who we want etc. At various points in the history of mankind, people have fought for their physical freedom.

To be truly free, you need to also be free mentally. There is nothing worse than a free man with a slave mentality. Once again the children of Israel provide a perfect example. After they had attained physical freedom, they moved around with a slavery mentality. Slavery mentality keeps you relying on others. It keeps you living in a state of oppression even if your chains have been broken. The bible calls the mind a stronghold. So when you read 2 Cor. 10:4-5 (NIV), the bible is referring to our mind:
4. The weapons we fight with are not the weapons of the world. On the contrary, they have divine power to demolish strongholds. 5. We demolish arguments and every pretension that sets itself up against the knowledge of God, and we take captive every thought to make it obedient to Christ.
I highlighted the word "thought" so you see what it refers to. I submit to you that it is as a result of the slavery mentality of the Israelites that they spent 40 years in the wilderness. God was trying to change their mindset. In Ex. 16:3 they started complaining and reminiscing about those days in Egypt just because they were facing challenges on the road to the Promised Land. Num. 11:5 (NIV) makes for even harder reading. Because of cucumber, onions, garlic and the likes they began to complain. Ex. 16:10 tells us that God was angry and Moses was troubled. If I were Moses, I would also be troubled because it beats reason for people to willingly want to be enslaved just for the sake of meat. As a result of this wrong mindset, God decided he wouldn't allow that generation into the Promised Land. An entire generation had to be wiped out in order to get rid of the slavery mentality and God raised a new leader in Joshua whose job was to deliver the Israelites from mental slavery and lead them into Canaan.

There is a quote I would share below by Marcus Garvey in a speech delivered in 1937:
We are going to emancipate ourselves from mental slavery because whilst others might free the body, none but ourselves can free the mind. Mind is your only ruler, sovereign. The man who is not able to develop and use his mind is bound to be the slave of the other man who uses his mind.
We are responsible for ensuring we not only get free physically but also free mentally. When you think of the Matrix movie, you will realize that as soon as Neo was free physically Morpheus tried to free him mentally but had trouble getting him free mentally and Neo had to take up that challenge himself. It was only when he became mentally free that he became the Matrix and as the movie went on he developed from dodging bullets to stopping them. Why? Because he was free mentally and knew he was no longer bound by the laws of the world. It is only when we are free mentally that we begin to think of the impossible as possible, we walk into our Promised Land and realize that we are not bound by the laws of this world but that the law instead serves as a guide (Rom. 7:7). We begin to walk in the fullness of our destiny.

When you are free mentally, the devil will not be able to make you think less of yourself or make you think you have made too many mistakes for God to ever forgive you (Heb.4:16). You begin to see things the way God intended us to see them and walk in wisdom and understanding.
God does not like dealing with a mind that is enslaved because an enslaved mind is not fit to work for God. It will keep seeing things as impossible. It will stay bound to the laws of this world. It will keep reminiscing of its days of old and miss out on the new things God is doing (Is.43:18-19).
Luke 9:62 (NIV) says: Jesus replied, “No one who puts a hand to the plough and looks back is fit for service in the kingdom of God.” You can’t walk forward and look back at the same time. Lot’s wife tried it and she turned into a pillar of salt. The children of Israel tried it and they wandered for 40 years. Why then would you want to try it?

Mental slavery is like driving a car while staring at the rear-view mirror. If I am to choose, I would say it is more important to be free mentally than free physically. I would confess that there are times I find myself reminiscing about the old days before I got serious with my Christianity and as I am writing this I am asking God to forgive me for looking back to those old days. Below are some great verses that admonish us on the need to keep moving forward and leaving behind the old ways:

Phil. 3:13-14 (NIV): 13…….Forgetting what is behind and straining toward what is ahead, 14. I press on toward the goal to win the prize for which God has called me heavenward in Christ Jesus.
Is. 43:18-19 (NIV): “Forget the former things; do not dwell on the past. 19. See, I am doing a new thing! Now it springs up; do you not perceive it? I am making a way in the wilderness and streams in the wasteland.
2Cor. 5:17 (NIV): 17. Therefore, if anyone is in Christ, the new creation has come: The old has gone, the new is here!
Are you physically free but mentally enslaved? Are you new in Christ but still doing things from your old life? Are you putting your hand to the plough and looking back? Are you a Christian and still acting like the world? Are you still enjoying the pleasures of the flesh? If you keep up this way, you will miss out on the new things God is doing for us. I can hear God saying: can’t you see the new things happening around you? Don’t miss out on the new! Now is the time to stop and emancipate yourself from mental slavery. Do not wish for slavery because of a few challenges on your journey to the Promised Land.

Watch out for the next freedom series post next week Monday.

- Sage
Sage is a graduate of human resource management and a 24/7 salesman. A clay in the hands of the Potter, he is on a journey to knowing God and becoming the man God has called him to be. He has a passion for football and society at large. In his quest for knowledge, he has recently restarted his passion for reading books. He lives in Lagos, Nigeria.
Photo credit: http://www.ecksermonator.com/, http://hdpixa.com/, http://www.whenlifegiveslemons.com/, https://www.timeshighereducation.com/
Posted by Mysses Lafunky at 07:00