This is the third and final part in the freedom series. First off, I want to thank the Holy Spirit for directing me on what to write. At the beginning, this was the initial topic I wanted to address but as I read a book by Myles Munroe titled: the Burden of Freedom it got laid in my spirit to do a Freedom series. What started out as one topic was broken down into two and then three. Like I said, freedom comes with work. I was led to first discuss what freedom is and then the types of freedom. I’m sure when you see the title of this post you will be wondering: how can this guy tell us to be free and then tell us to be chained. You can be chained but free! One way of interpreting this is to say, you can be in physical bondage but as long as you are free mentally, you are free indeed. You would be correct in thinking this way. I want to instead look at it this way: being chained to God but free in His will. 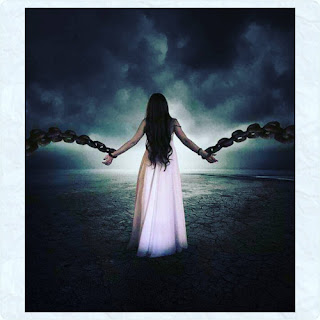 When you are chained to God, it simply means you submit to God’s sovereignty and you let yourself be led by God. Picture yourself a free man with chains on your feet. These chains are not to stop you from moving forward in life but serve as links to our creator. When you submit to His sovereignty, He leads you and makes your crooked paths straight (Pr. 3:6). The bible details men and women who submitted to His will and they did great and mighty things. The most obvious example is Abraham, the father of all nations. Abraham received a covenant that his children will be as many as the stars. Imagine that!

Gen. 15:5-6 (NIV): 5. He took him outside and said, “Look up at the sky and count the stars—if indeed you can count them.” Then he said to him, “So shall your offspring be.”6. Abram believed the Lord, and he credited it to him as righteousness.
If you notice, it was recorded that he believed. When we are chained to God, we believe whatever it is He tells us. No matter how ridiculous they sound. How would it sound to you, you’re dirt broke and God says you are rich. Or to Gideon who was from a weak clan and an angel addressed him as a mighty warrior (Judges 6:12). Back to Abraham. Abraham believed in God so much that he was willing to sacrifice his only son to God after years of been childless (Gen. 22). Abraham was so chained to God that when his son asked him about the lamb to be used, he replied: Gen. 22:8 (NIV): Abraham answered, “God himself will provide the lamb for the burnt offering, my son.” And the two of them went on together. Abraham was so chained that he had laid his son on the altar and was about to pick the knife to slay him (Gen. 22:10). It was at this point that he passed the test and God stopped him and duly provided the burnt offering. When you are chained to God, you will be willing to sacrifice anything to him believing that he will provide it to you. Sometime in 2015, during a spiritual conference, it was laid in my heart to give unto God a sizeable offering. I didn’t have it but in my heart I said to God I was willing to give the offering and believed he would provide it. Did he? He not only provided it but also gave me double.

As children of God, we need to be chained to Him. After all, He is our source and it is in Him that we are safe. When you read Heb. 11, a chapter I like to call the ‘Hall of Faith’, we read about great men and women who were so chained to God it didn’t matter if they died. Some of them even did. Abel was one of such people (Heb. 11:4). Some would have been ridiculed for obeying God. Noah was one of such people that I believe people would have made fun of while he was building the ark. Noah built an ark (Gen. 6) in anticipation of a flood that the earth had never seen. 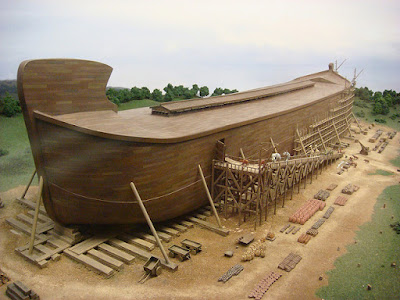 When we are chained to God, there will be times when we are divinely placed in an environment that we never expected. When you find yourself in such a place, you need to wait on God and make yourself ready to be used when the time comes. One person that was so divinely placed was Esther. Esther would never have expected to be queen. Esther kept herself pure, a virgin, and as a result of this she was eligible to be brought before the King when he wanted to select a new queen. If she had not been pure, would we have heard of Esther? It was recorded of Esther that she found favor and was eventually made Queen. In Esther 4:14 (NIV), Mordecai asked: And who knows but that you have come to your royal position for such a time as this? When she heard this what was her response? Vs. 16 of the same chapter records it and she ended by saying: if I perish I perish. Would you go into a situation without knowing the outcome? Esther instantly went to her source and fasted for three days and night before walking into that situation. She believed so much in God (the author and finisher of our faith) that she first of all went to Him before taking any decision. She submitted herself to His will and went to fulfil her assignment. It is very possible that she could have turned her back on God and Mordecai and said there was nothing she could do about the situation. Thank God she did not.

Being chained to God requires a lot of humility and understanding that we are not living for ourselves but for God. Pr. 19:21 educates us in the fact that despite our many plans, it is the purpose of God that will come to pass. Why not make life easy for yourself and chain yourself to God? One person that learnt this the hard way was Jonah. Jonah wanted to run from his assignment to Nineveh and it took him sitting in the belly of a fish to learn that God’s purpose will always come to pass.

By now, you should understand what I mean by being chained but free in His will. It simply means that we are linked to God, we submit to his will and sovereignty and we act within the confines of His will. As children of God, we should be glad when we live a life within the confines of God’s will for our lives. When we are faced with choices in life, we should ask ourselves if we are acting based on God’s will or not. One very important decision we will make in life is on the choice of who to marry. It is a choice that can’t be made lightly or based on the flesh. We need to know if it is God’s plan for us and there are different ways to know (this will be covered separately). One person that was chained to his creator but eventually lost his way as a result of following his flesh was Samson. We all know the story of Samson and how mighty a warrior he was. So mighty that he defeated a thousand men with the jaw bone of an ass (Judges 15:15). But when it was time to choose a partner, he went for Delilah and we all know what happened next. If you don’t, read Judges 16. 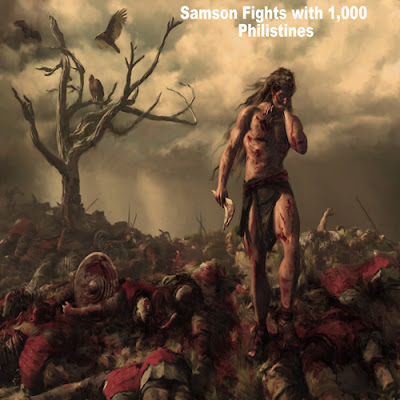 When you act in the freedom of God’s will, you will never be defeated. David is a man the bible describes as a man after God’s heart. There will be times in life that we make the mistake of acting on our own but as long as you stay chained to God, you can always find your way back to acting within his will. The life of David is a perfect example. David was deeply chained to God and walked in His will and whenever he walked out of it he faced the consequences.

2Sam. 5:19-20 (NIV): 19. So David inquired of the Lord, “Shall I go and attack the Philistines? Will you deliver them into my hands?” The Lord answered him, “Go, for I will surely deliver the Philistines into your hands.” 20. So David went to Baal Perazim, and there he defeated them. He said, “As waters break out, the Lord has broken out against my enemies before me.” So that place was called Baal Perazim.
2Sam. 11:4-5 (NIV): 4. Then David sent messengers to get her. She came to him, and he slept with her. (Now she was purifying herself from her monthly uncleanness.) Then she went back home. 5. The woman conceived and sent word to David, saying, “I am pregnant.”
2Sam. 12:18 (NIV): 18. “On the seventh day the child died……..”
From these verses, we see the difference between acting in the freedom of God’s will and acting outside it. When David did, he was victorious. When he didn’t, he lost his child. What did he do when he lost the child? 2Sam. 12:20 says he got up, took a bath, went to the house of the Lord and worshipped Him. Crazy right? No! He accepted the will of God. The best example of being chained but free in His will is Jesus. From the age of 12, Jesus was already about His Father’s business (Luke 2:41-49).

Luke 2:49 (NIV): “Why were you searching for me?” he asked. “Didn’t you know I had to be in my Father’s house?”
He never acted outside the will of God and throughout His life He stayed rooted in the Father and acted within His will even to the point of death. As believers, we are expected to be free within the confines of God’s will for our lives and never break the chains that link us to Him as our source and provider. When we do so, He will take care of us and protect us.

Ps. 54:4 (NIV): Surely God is my help; the Lord is the one who sustains me.
Phil 4:19 (NIV): And my God will meet all your needs according to the riches of his glory in Christ Jesus.


Your mission should you choose to accept it is to be chained but free!


- Sage
Sage is a graduate of human resource management and a 24/7 salesman. A clay in the hands of the Potter, he is on a journey to knowing God and becoming the man God has called him to be. He has a passion for football and society at large. In his quest for knowledge, he has recently restarted his passion for reading books. He lives in Lagos, Nigeria.
Photo Credit: http://halboor.com/, http://beattieroad.net/ & https://epicsermons.com
Posted by Mysses Lafunky at 07:00