Like the bible says, an idle hand is the devil’s workshop. That saying was in my mind when I laid down on my couch, as usual there was no light, thinking of what to do to occupy my time. Trust the mind to wander when left unchecked and unguarded thanks to the power of boredom; suddenly all manners of thoughts started coming to my mind, but glory be to God, it occurred to me that I had to sweep the house and complete a whole lot of other house chores.
That’s how I made good use of almost 3 hours that I would have otherwise given to non-value adding things. It was in the middle of my chores that I got the inspiration for this topic, thanks to a seed that was planted while listening to the TD Jakes podcast titled: SOAR: The Next Generation.

Then Caleb quieted the people before Moses, and said, "Let us go up at once and take possession, for we are well able to overcome it." Num. 13:30 (NKJV).

While sweeping the house, I remembered that a few days ago I had promised to sweep the master bedroom of the house. Now get this, I live alone so when I’m planning to sweep any part of my house, the room I sleep in should come first, right? Would you be shocked if I told you that I have lived in my own house for the better part of almost two years and had never slept in the master bedroom for one night?

So, if I wasn’t sleeping in the master bedroom, where was I sleeping? In the guest room! Imagine living in your own place but sleeping in the guest room. I can guarantee you that there is absolutely nothing wrong with the room. So, Sage, tell us why you moved into your own house and slept in the guest room?
Well my first excuse back then was I didn’t want to move into the master bedroom till I was married; don’t ask me why, I just kept giving myself that excuse. Then the excuse became, I had not yet repainted the walls in the room, eventually I did that! Then I told myself: "oh I need to fix curtains, till then I can’t move in".

This was how almost two years passed and I was still living in the guest room of my own house! The children of Israel had excuses of their own, Num. 13:28-29, 31-33.
What changed? It was very simple actually; so simple I should have done it months ago. I stopped giving excuses and just did it! 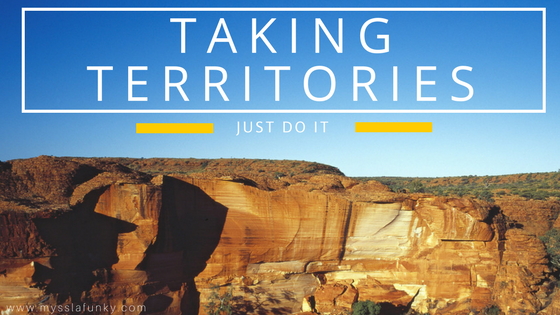 If you notice, in Num. 13:28-33, there was a break in transmission while the ten spies gave their excuses, it was in vs. 30. Ten of the twelve spies gave four different excuses, while two gave a solution. What does that teach us?
Just like the Israelites, just like me, there will always be excuses and reasons not to act but there is only one solution! Like the Nike, slogan says, Just do it! Which is exactly what I did before writing this article. I just did it and took possession of the master bedroom of my house. That’s exactly what the Israelites did eventually. They just did it and when they did, they took possession of the land!

As we start this new week, the charge is for you to look at areas of your life that you have been giving excuses for, step out in faith and JUST DO IT! You do not need giant faith (Luke 17:6, Matt. 17:20), you just need a little faith, God will handle the rest.