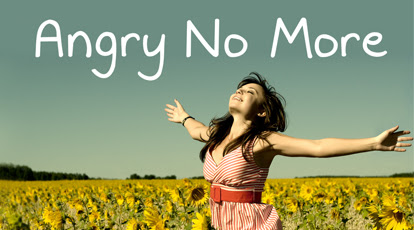 Hi readers, how is your week going? I can’t believe it’s the first day of August.

A lot has happened already in this year 2013. I bless Jesus for the remaining 5 months.

Basically, I have been pondering on how we Christians manage our anger.   Anger is known to be the most violent of human emotions.  I read an article recently on a blog, the lady was extremely angry with her cousin who drove her car to a different city without notifying her. She was infuriated.  People advised her not to ever allow her cousin to use her car anymore. Some people said they would have cursed their cousin.

Having read the article, I deliberated on Christian conduct. How would I react if my cousin drove my car to a different city without my permission?

When you become a Christian, your conduct and character should undergo certain changes.  One of these changes has to do with outbursts of anger, temper, getting annoyed easily with others, trying to get your own way at all times, being selfish, etc.  As Christians, we are to react in a ‘Christian way’ in terms of our anger and temper. We should not lose our temper easily.

Are you thinking to yourself, how I do react in a 'Christian way' when person A lied against me?

Managing my Anger...
I must state that I still get angry; however, I continue to open my heart to accommodate offences and I am learning to forgive easily.  Although this is my guide, I also ensure that I do not speak when I am angry, as I’d previously noted that I had said unpleasant things when I was angry.

The key tip that I was given is: “To be slow to speak”, which can be linked to the Bible scripture below:

“Remember this, my dear brothers and sisters: Everyone should be quick to listen, slow to speak, and should not get angry easily. An angry person doesn’t do what God approves of.  So get rid of all immoral behaviour and all the wicked things you do. Humbly accept the word that God has placed in you. This word can save you” (James 1:19-21).

Also, I usually pray to God about the offence and the individual that has offended me. Once this has been done, I ensure that I do not dislike the offender.  Isn't it strange that while I may categorise an individual to be an offender, the person may also see me as an offender? Hmm...

Before concluding this post, I would like to suggest TEN practical steps for anger management (from a Christian perspective):

1)    Admit your anger: When you become angry, admit it. Don’t deny and say that you are not angry when it is apparent.

2)    Tell God about it: Tell God about what makes you angry, tell God to help you with your emotions. Tell Him continuously. Continue to tell Him until you see a change in yourself.

3)    Do not speak when you are angry: Your words are likely to hurt others when you speak, your words may be used against you when you speak whilst being angry.  In addition, when we are angry, we tend to speak harsh words.

5)    A gentle answer deflects anger, but harsh words make tempers flare (Proverbs 15:1). Therefore, we need to learn to be soft-spoken.

6)  Be kind with your words: Your kindness will reward you, but your cruelty will destroy you (Proverbs 11:17).

7)    Consider others people’s points of view. Do not be quick to get angry, because anger is typical of fools (Ecclesiastes 7:9).

8)    Don’t express your anger immediately: A fool gives full vent to his spirit, but a wise man quietly holds it back (Proverbs 29:11).

God wants us to deny our flesh on a daily basis.

"If any man will come after Me, let him deny himself [deny flesh], and take up his cross daily, and follow Me."

To overcome anger and temper, we must deny our flesh, which is also refer to as our SELF.

What does it mean to "deny your flesh"?

As I have previously written on this blog (Refer to post: Why do you have to trim me?), sometimes God allows us to be in situations where we are mistreated, and where we may not be liked; this could be God’s way of helping us to deal with anger and temper (Pruning process).

Knowing the roots of the anger may help you to manage your anger effectively.