Are You Ready For The End Of The World?

How was your weekend? I hope you had a lovely weekend. As you start this new week, are you ready for the end of the world? 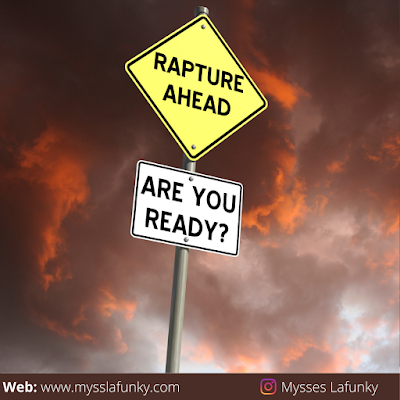 When I woke up this morning, I had high hopes for the day. I thought I would spend time with my wife and children, make them happy especially because I was always busy with work at the office and this opportunity (Bank holiday) was just perfect for us to relax and be happy as a family. But when I turned to my wife’s side of the bed and noticed she wasn't there, my mind was partially jolted.

She had always been there when I woke up around this time in the mornings, looking beautiful as she flew away in Neverland. But this morning was different, “She must have gone to the restroom or had to attend to the kids” I thought. So, I checked the restroom first but she wasn't there then, I headed to the kids’ bedroom and again she wasn't there. Also, the kids were gone!

What’s going on? My thoughts were running a bit wild now: “Did she leave me?” I know I hadn't always been the best husband but she had always stood by me even when I deserved to be pushed away or did she just get tired of it all and decided to take the kids with her?

Many questions were running through my mind so first I decided to check if there had been any forced entry into the house but there was no evidence to support that, everything was just as it was when we all went to bed the previous night. Next, I decided to check if the car was outside, “She would have had to drive away if she took the kids with her” I thought. But the car was there, just as it was when I parked my car beside hers the preceding day.

“What’s going on?” Next, I got on my phone to call her closest friend Francine. If she’s left me suddenly like this, I'm pretty sure she’d have told Francine. The phone rang just once before it was picked up and the voice I heard at the other end of the line was a sad crying voice saying: “Is that you Craig?” “Hello, is that you Craig?” Craig? That’s Francine’s husband, why is she asking me if I was Craig?

“It’s Tony,” I said, “Janet’s husband. Are you okay? Why do you sound so distressed?” She told me she couldn't find her husband Craig and her three children, they seemed to have just vanished into thin air. My heart received another jolt on hearing that. I wished I could empathise with her but I had my own troubles and worries so immediately, I told her I couldn't find my wife and kids too and I had called to ask if she knew where they were.

Am I dreaming or am I in an alternate universe? My wife and kids were missing at 3am in the morning, her best friend’s husband and kids were also missing. What was going on? My mind couldn't fathom all this so, I started looking for clues to understand what was happening.

I searched all our wardrobe to check for missing items of clothing, Janet's bags and our passports. She would have taken her passport as well as our children’s if she left but everything was perfectly intact as they had always been. I did the same search in my children’s room but everything was again in perfect order as they had always been. It seemed like they had been abducted by aliens or something out of a sci-fi movie.

I knew I needed to speak to the police immediately so I grabbed the phone and just as I was about to dial the emergency number, I heard a loud cry from outside, it was my next-door neighbour and their kids were missing too! Both husband and wife were present but their kids had vanished. They must have woken the entire street up with their crying and shouting. They came out to the front porch of their house and kept shouting the names of their three children but no answer came.

Now, I was getting really impatient and almost paranoid. I ran into the house and turned on the television while I got on my computer to search the internet for what could be going on. All the stations on the TV were reporting stories of missing people, crashed vehicles with missing drivers and it seemed all the children in the country had disappeared.

Could this be what Janet had talked about? I remember vaguely how she said some Jesus would appear from the sky and people would be caught up to meet him but I always discarded her beliefs as sci-fi and said that Jesus must be an Alien but right now, my thoughts were running wild, the news wasn't helping and I just wanted to have my family back so I was ready to accept any explanation of what was going on.

In a split second, my thoughts wandered to when Janet and I were high school sweethearts and how we enjoyed our youthful days with partying and everything you could imagine a young person would do behind their parents. So, you can imagine how I was taken aback when 2 years into our marriage, she said she had found Jesus and kept going on and on about how I needed him to transform my life for the better as well. “I'm just fine!” I would say. I always asked her: “Why would I need some Jesus to transform my life? I was a good person and did good things to other people” but she had an idea that my being good wasn't good enough according to God's standards. 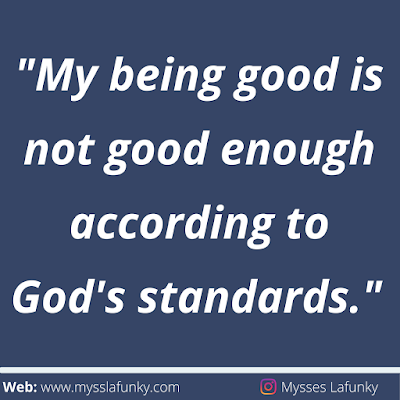 Janet used to be very fun and outgoing. We were both party animals and we loved it but now, she was like a sobered drunk. She wasn't much fun to be with anymore but I thought to myself, “this must just be a phase, she’ll pass through it and return to my fun-loving Janet again.” But I was wrong because she continued in this “phase” for another 2 years and quite frankly, I was getting sick of living with her like this. She also never let me have a resting moment without bringing up the talk about how I needed Jesus to transform my life and also make me ready for the end of the world.

All these thoughts were still in my head when, suddenly, I heard a loud bang on the door. I looked outside and it was my other next-door neighbour Keith. Keith had been my partner in partying and fun since Janet “found” Jesus. “My wife and kids are gone man!” he cried as I opened the door. “It’s happened to Keith as well,” I thought.

Keith’s wife, like Janet, had also “found” Jesus and had also encouraged him to “find” Jesus just like Janet had always told me to. I wasn't a theologian or researcher but I could put the various information I was receiving together with what the news on the TV and internet were all saying. It seemed like Jesus had abducted all those who believed in him as well as those who were too young to decide what to believe in (the children).

“Could what Janet said about this world coming to an end be real?” What would now happen to me? My family was gone, it seemed the world was in chaos as multiple cases of missing people and children were been reported on the television, was this the end?

TONY! TONY! TONY! WAKE UP! “That’s Janet’s voice,” I thought, then everything came crashing down . . . and I woke up.

You may be reading this now and think this could just be fiction but the Bible clearly says that those believers who are faithful at the return of Jesus Christ would be caught up and would remain with him forever (1 Thess 4:16-17).

Also, the Bible records Jesus talking about His return to gather up his own people (John 14:1-4). Various other references are contained in the Bible which speaks of the end of the world (Matt 24:1-51).

Hebrews 3:14 says "For if we are faithful to the end, trusting God just as firmly as when we first believed, we will share in all that belongs to Christ."

The return of Jesus is marked by an individual's life on earth because after you leave this earth, there is no opportunity to accept Jesus and live for Him (Luke 16:19-31).

Why not take this opportunity to accept Jesus, no one knows the exact time of His return (Matt 24:36-42) and postponing it may be infinitely dangerous.

If you would like to accept Jesus into your heart, please say the prayer below:

Dear God, I do not want to lose my soul when I reach the end of my life on earth. Please forgive me of all my wrong-doing, unbelief in you and self-righteousness. I repent of my sins and ask for your help to live a blameless life before you. These I ask in Jesus' name. Amen.