The Gates of Hell Shall Not Prevail

For those who live in Lagos, Nigeria, last week was quite a wet week. For those of us that live in areas like mine, rainfall is synonymous with floods. Like your favourite rapper said ‘when it rains, it pours.’ So here I am, in the darkness (thanks PHCN) shivering despite the fact that I'm wearing a shirt. For those that know Sage, they know his love for cold and if he's wearing a shirt because of cold then bone yarns, the cold no be for here. As it stands, the cold is prevailing lol. Anyways, in three musketeers news, I'm on the current volume titled: Ten Years Later. Our hero D’artagnan is now a captain of the musketeers, Chief of Army Staff in modern terminology. Back to the matter of the gates of hell and how it'll not prevail. Have you ever noticed how you get inspiration from the weirdest things? I've once gotten a message based on a time when I was on the street selling toothpaste and detergent. I saw some goats doing something, I can't even remember but yeah. So anyways I got this message based on a spiritual attack I had this past week. I'll get into it in a bit. Not the first time, I might add.

"And I also say to you that you are Peter, and on this rock I will build My church, and the gates of Hades shall not prevail against it." Matthew‬ 16:18‬ NKJV‬‬‬‬‬‬‬‬‬‬

"And now I’m going to tell you who you are, really are. You are Peter, a rock. This is the rock on which I will put together my church, a church so expansive with energy that not even the gates of hell will be able to keep it out." Matthew‬ 16:18‬ MSG‬‬‬‬‬‬‬‬‬‬‬‬‬‬‬‬‬‬

For avid movie lovers like myself, remember Lord of the Rings? There was a gate that led to a city and when Frodo, Samwise Gamji and Smigo got closer to it, the more Frodo got affected by the force behind that gate. Fortunately for us, the force within us (God) is greater. I imagine we’re all familiar with gates and the purpose of a gate. 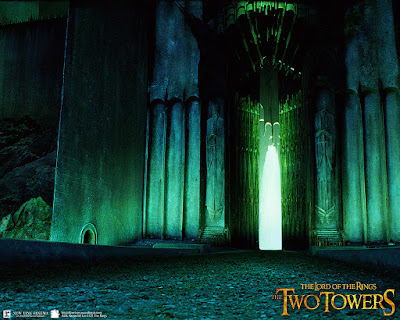 It's basically to keep something in; not just keep it in but keep it secure so that it does not escape or get stolen; that is the essence of gates. If you remember, last week, I mentioned that Christianity is about warfare and not bread and butter or a plate of salad. As children of God, the gates of hell will forever try to prevail against us. To enlighten myself, I looked up the word prevail and it means to be or prove superior in strength, power or influence, to be dominant. So basically what our verse is telling us is that there is a contention between us, the children of God, and the enemy and God through His son Jesus have assured us that we shall be the dominant force. Remember that from the days of John the Baptist, the kingdom of Heaven suffereth violence (Matt. 11:12).

A few days ago, while I was asleep, I felt a strong handhold me down by the throat with the aim of strangling me. Oh boy, I've never felt such strength before and even your guy has small of his own (physical oh, don't test the spiritual lol). There I was, early in the morning in a struggle for my life, oxygen never felt so precious, I couldn't even lift a single finger off the hand that held me down. Before I knew what was happening, it was over and God defeated that force. A second time such a thing happened was when I was a teenager and back then my head was filled with rap music (it still is lol) but then all I knew was Eminem, G-Unit, Jay-Z and the likes. Now? I'm much more holier lol. Anyways, that particular attack was quite funny in that it felt like I was awake and I could see some people hovering above me while a powerful force pressed my chest down. I kept trying to remember the name of Jesus. Brotherly and sisterly, you won't believe that in trying to remember the name Jesus, I remembered G-Unit. In my mind, I was like no it's not G-Unit, it's another name. Suddenly the name came to me and I screamed Jesus! And instantly the attack ended. In both instances, through the strength and Valiant arm of the Lord (remember our post last week?) I was victorious against the enemy.

This is what it means when the bible says that the gates of Hell shall not prevail. All around the world, Christians and churches are attacked regularly but despite all these, the church keeps growing and spreading. Why? Because we have a rock on which we stand and as a result of this Rock, the gates of Hell shall not prevail or be victorious. For many of us, there are so many areas of our lives that the enemy is contending with us. Family? Relationship with God? Career? Marriage? Dating? Sexual Purity? So many, but you know what? God has told us the end of the matter and that is that the gates of hell shall not prevail. In essence, the devil is fighting a battle he already lost before you were even born. Isn't that awesome? Isn't it amazing to know that the area in which the enemy is contending with you for dominion over has been won by you? Trust me it has.

The charge therefore as we go into this week, is to speak victory to those areas in our life that the enemy is fighting to gain dominion over and to also remember that we are already victorious. How do I know? Matt. 16:18 says so. Also, Ps. 118:16 tells us that Olowogbogboro has raised His hand in victory. So do not worry and do like Jesus said "be of good cheer" (check out John 16:33 to know why Jesus said so).

P.S. I actually still haven't sent last week's post to my mum lol. Not sure I want to send this week's post either. Before she will come to my house and start bathing everywhere with anointing oil lol. Thanks for the jollof rice mama, you know I'm just joking lol.
If you can, check out the message titled Fighting Position from Elevation Church (led by Pst. Steven Furtick) podcast. I hope it will inspire you like it inspired me.
I started this message shivering from cold, now I'm sweating. Such beans.


Next week's post will be titled: The Heart of a Champion. Deuces yo!
Posted by Mysses Lafunky at 06:00